Nedo is glad to mention Mika for its struggle for presenting Nedo at Complex Networks 2016 in Milan. Due to a technical problem, his slides were downgraded to a previous version and the correct one was not displayed. So, he formally cannot be awarded as the actual winner, but his effort deserve to be mentioned. 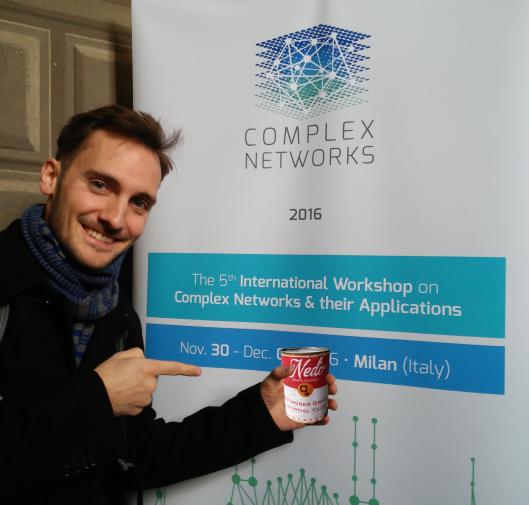 Due to the lack of many Nedo cans, Mika decided to photoshop himself with the Nedo can

NEDO around the world

The IMT crew with Nedo in Cancun

Nedo is on top (of Giulio) 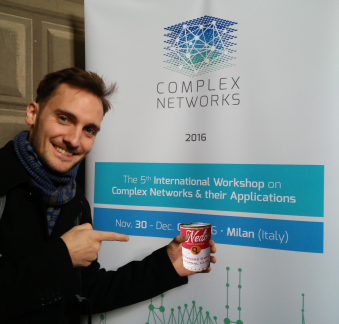 Due to the lack of many Nedo cans, Mika decided to photoshop himself with the Nedo can 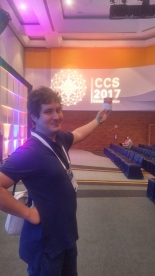 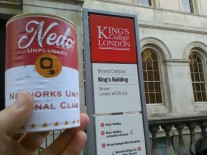 Nedo in Tel Aviv with the Boss 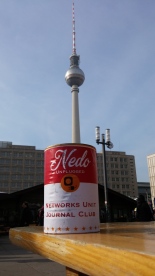 Nedo in Tel Aviv, looking at the sea.

Nedo was present in Tel Aviv as un-official sponsor of NetSciX 2017.

Nedo in Cancun, looking at the sea

What people says about Nedo

Nedo did not support Trump, but Trump did.

Jerry, expressing at best the philosophy of Nedo. The cited sentence was pronounced in Italian.